Because the hamstrings have different functions, we will have to implement these different functions in our optimal training. A full hamstring workout should include exercises that involve hip extension (such as Romanian deadlifts), exercises that involve knee flexion (such as lying leg curl), and perhaps both functions simultaneously (such as a gliding leg curl; this exercise keeps the hip span isometric in contraction while the knee span should work concentrically. This exercise can be done on a squat rack/smith machine or on a rowing machine. A glute ham raise is also an option).

Since the squat or leg press plays a role in hip extension, you might think these are good hamstring exercises, but that’s not the case. Since you also have knee extension in these exercises, the hamstrings do indeed shorten at the hip (proximal), but they lengthen at the knee (distal). So there will be little shortening under load and therefore little mechanical stress, because you give at the knee while you pull at the hip.

In a deadlift, these 2 also take place, only the hips are a lot higher at the start of the movement and therefore in a better position to deliver work.

WHAT ELSE IS IMPORTANT…

Because the hamstrings contain both fast and slow twitch fibers, in a fairly even distribution, we train optimally in both low repetitions with heavy weights and high repetitions with lighter weights.

Finally, foot position seems to be able to shift the emphasis somewhat, as we saw for example with the hand position when training the biceps ( see the arms article ). External rotation (feet out) would put more pressure on the lateral part of the hamstrings, while turning the feet inward would put more focus on the medial part. However, beware if your knees are prone to injury.

A training frequency of 2 times a week should ensure clear progression for most people.

Since all the muscles that make up the quadriceps provide knee extension, heavy exercises involving knee extension are a good first choice. Squats lend themselves well to building leg mass. While many people mistakenly believe that squats are essential for building muscled legs (according to an Instagram poll I recently conducted), they are definitely a good choice, but not indispensable.

There are variations on the usual back squat that allow you to focus more on the quads (like a front squat) or take more away from your lower back (like a belt squat). When normal squats don’t go well, there are certainly other options. Some of these options may be even better when looking at activation level; according to research it appeared that the front squat caused 21% more activation of the Vastus Lateralis than a regular back squat. Another study also found more activation in the Vastus Medialis.

WHY THIS IS IMPORTANT?

Someone who has knee problems can cause as much activation with this exercise with less weight and therefore a lower load, as a heavier back squat would. Finally about the squat: at least try to get to parallel; in terms of muscle activation have here the most benefit from it immediately and prevents videos of your Internet appearance of 1/8 e squats at the Smith machine with too many discs on the rod.

Other exercises such as a walking lunge, split squat, or step-up also score very well for quad activation. Of course, the leg press is in line with the squat. All these exercises have in common that they contain both knee extension and hip extension in the movement trajectory.

The leg extension is definitely a good addition to your regimen, especially for the Rectus Femoris. However, this exercise only trains knee extension.

As with the hamstrings, rotating the lower leg allows us to shift the emphasis slightly; feet turned inwards allows more activation of the Vastus Lateralis, while the Rectus Femoris seems to do a bit more work with the feet out. Lower leg position had no effect on Vastus Medialis according to these studies. However, keep in mind again that you have to be careful with your knees when trying these kinds of tricks!

A frequency of 2 times a week should ensure sufficient progression for most people. 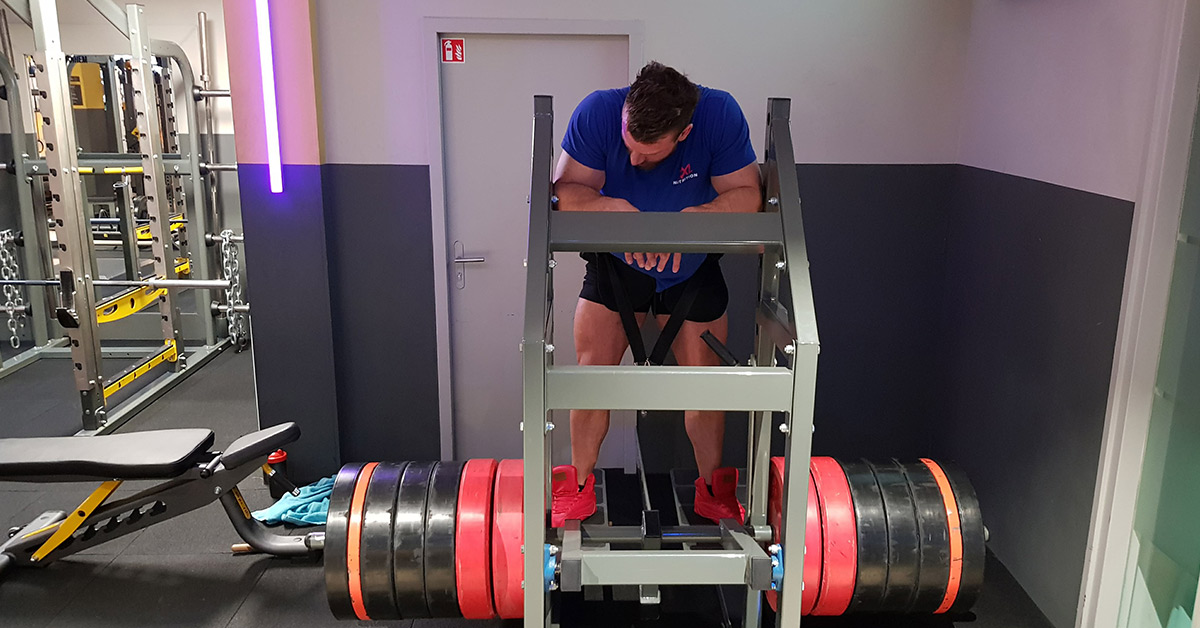